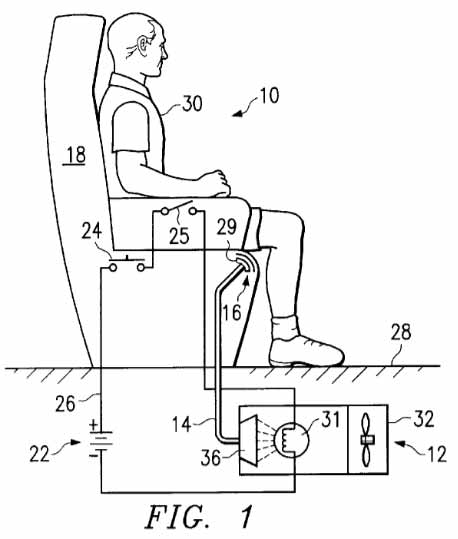 If you are unlucky enough to be suffering from the debilitating effects of long-haul jet-lag, you could try shining a very bright light into your popliteal fossae (the backs of your knees). The potential of this technique as a way of shifting the phase of one’s circadian clock was first described by professors Scott S. Campbell, PhD and Patricia J. Murphy, PhD of the Laboratory of Human Chronobiology, at Cornell University Medical College, NY, US, in their paper for Science, 16 January 1998: Vol. 279 no. 5349 pp. 396-399 Extraocular Circadian Phototransduction in Humans.
In a set of laboratory experiments the team used a BiliBlanket Plus (Ohmeda) to illuminate the back of participants’ knees for several hours over several days – showing measurable effects on the phase of their biorhythms (though by a mechanism that is yet to be fully explained).

“Our results challenge the widely held belief that mammals are incapable of extraocular circadian phototransduction. The overall temporal profile, as well as the magnitude of the phase shifts achieved with our extraocular light stimulus, is similar to those reported by investigators who used single-pulse, full-spectrum light stimuli presented to the eyes“

The professors’ discoveries were capitalised with a patent (granted in 2000) Non-ocular circadian clock resetting in humans.

NOTE: Just two months later, another US patent was issued (this time to Seki et al.) which incorporated a knee-light in an aircraft-seat for in-flight jet-lag remediation. (From which the illustration above is taken)