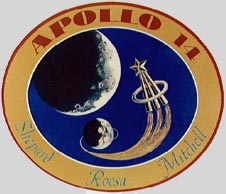 “Brief exposures of Apollo astronauts to lunar dust occasionally elicited upper respiratory irritation; however, no limits were ever set for prolonged exposure to lunar dust. The United States and other space faring nations intend to return to the moon for extensive exploration within a few decades. In the meantime, habitats for that exploration, whether mobile or fixed, must be designed to limit human exposure to lunar dust to safe levels. Herein we estimate safe exposure limits for lunar dust collected during the Apollo 14 mission. We instilled three respirable-sized (2 μ mass median diameter) lunar dusts (two ground and one unground) and two standard dusts of widely different toxicities (quartz and TiO2) into the respiratory system of rats. Rats in groups of six were given 0, 1, 2.5 or 7.5 mg of the test dust in a saline-Survanta® vehicle, and biochemical and cellular biomarkers of toxicity in lung lavage fluid were assayed 1 week and one month after instillation. By comparing the dose—response curves of sensitive biomarkers, we estimated safe exposure levels for astronauts and concluded that unground lunar dust and dust ground by two different methods were not toxicologically distinguishable. The safe exposure estimates were 1.3 ± 0.4 mg/m3 (jet-milled dust), 1.0 ± 0.5 mg/m3 (ball-milled dust) and 0.9 ± 0.3 mg/m3 (unground, natural dust). We estimate that 0.5–1 mg/m3 of lunar dust is safe for periodic human exposures during long stays in habitats on the lunar surface.”

BONUS: Moondust eye shadow, which was not examined in the study: