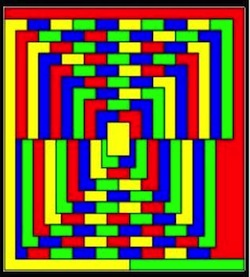 Kenneth Appel, famous for being part of the team that created the first great computer-aided proof, of the “four-color” theorem which says that any map can be colored with four colors without bumping colors against each other, and who later headed up the UNH math department, has died. He was 80.

Here’s an article I wrote about him and the proof for UNH Magazine in 2002.

The four-color proof was controversial because it dependend on a computer to crank through many possibilities as a demonstration that any possible map can be colored with just four colors without have any two adjacent shapes be the same color. It was the first major proof that couldn’t be totally understood by a human, and when released in 1976 (a time when mathematics still shunned computers as mere arithmetic tools) it drew howls of outrage….

BONUS: Several years after the the proof was announced, I (under a pen name saluting one of my former math teachers) did a parody of it, with the headline “PROOF READERS’ UPDATE, JANUARY 1990: THE FOUR COLOR MAP THEOREM“.