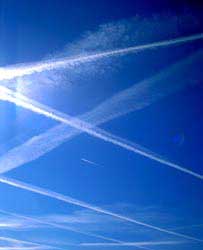 Do waiters and waitresses get better tips on sunny days? In 1979, a groundbreaking experiment by professor Michael Cunningham (currently at the University of Louisville)  suggested the answer might be ‘Yes’.  (reference : Weather, mood, and helping behavior: Quasi experiments with the sunshine Samaritan. Journal of Personality and Social Psychology, 37, 11, pp. 1947-1956.)

“As previously discussed, Cunningham (1979) dealt with actual weather conditions by measuring light levels on 13 spring days and seeing how 130 customers (10 per day) tipped on those 13 days. He did find a positive correlation between light levels and tipping, but his sample was extremely small and he did not make any attempt to account for other factors that might have influenced tips.

Nevertheless, the authors sum things up in one short, punchy sentence: