Do elephants discriminate between (and perhaps against) different human ethnic groups? This study addresses that question:

“We show that elephants distinguish at least two Kenyan ethnic groups and can identify them by olfactory and color cues independently. In the Amboseli ecosystem, Kenya, young Maasai men demonstrate virility by spearing elephants (Loxodonta africana), but Kamba agriculturalists pose little threat. Elephants showed greater fear when they detected the scent of garments previously worn by Maasai than by Kamba men, and they reacted aggressively to the color associated with Maasai. Elephants are therefore able to classify members of a single species into subgroups that pose different degrees of danger.” 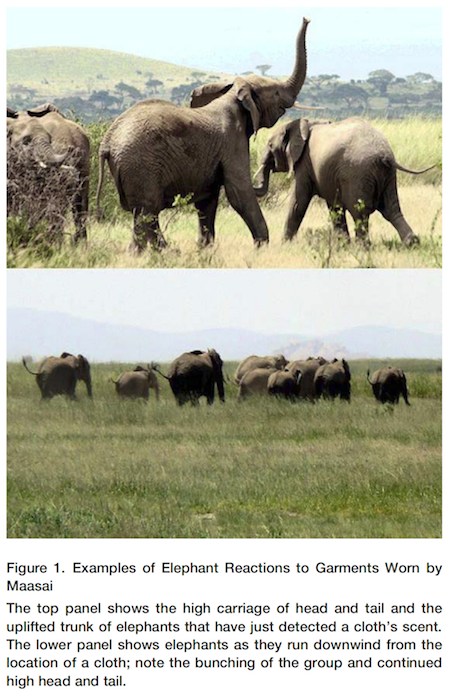