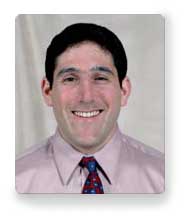 Eric Altschuler, M.D., Ph.D., who is currently Associate Professor of Physical Medicine and Rehabilitation, New Jersey Medical School and Associate Professor of Microbiology & Molecular Genetics, New Jersey Medical School, has written extensively on this broad subject – examining the question, for example – did the biblical figure Samson (son of Manoah, Judges, chapters 13-16,) suffer from antisocial personality disorder (ASPD) ? To find out, Dr. Altschuler (and colleagues) applied the very same DSM-IV criteria which could be used to diagnose a current-day patient, to records regarding the behaviour of 3000 year-old Samson.

“The DSM-IV requires that 3 of 7 criteria be met for the diagnosis of ASPD. Samson meets 6.“

Dr. Altschuler has also examined the case of  Ezekiel, who may have suffered from epilepsy – see: Did Ezekiel have temporal lobe epilepsy? (2002). Archives of General Psychiatry, 59, 561-562.

And Count Dracula, who might have suffered from Hereditary Somnambulism see: letters to the editor: Journal of the Royal Society of Medicine, Volume 96 January 2003. (page 2)