Rolf Zwaan writes, in his blog, about the experiment that led (among bigger things) to the 2012 Ig Nobel Prize in psychology:

I alluded to the fact that I had produced an amusing title a few years ago for an article that was published in Psychological Science (it was intended as a parody on the article titles in that journal). I also mentioned that that article won the Ig Nobel Prize for psychology last year. This prize is awarded for “research that first makes you laugh and then makes you think.”
I thought it might be interesting to describe the creative process behind this paper. I’ll start by saying that I was not a creative force behind the paper, so I’m describing it as a participant observer.
My favorite Beatles song is A Day in the Life….

This photo shows Rolf Zwaan partially leaning to his left: 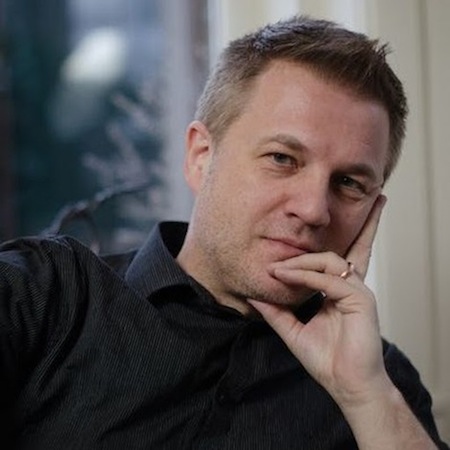