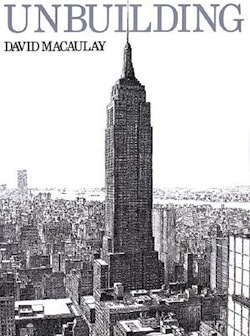 There’s a new state of the art of disassembling — rather than “simply” dynamiting — a building tall enough to be called a skyscraper. The old, albeit seldom-if-ever-used method is shown and described in David MaCauley’s book Unbuilding. We described it here not so long ago.

The new approach is a more mechanized version of that. The Atlantic Cities blog describes it as “Knocking Down Huge Buildings Quietly, Floor by Floor.” The video below shows how:

(Thanks to investigator Corky White for bringing this to our attention.)