Some reports explain more than other reports do. Here’s an example: 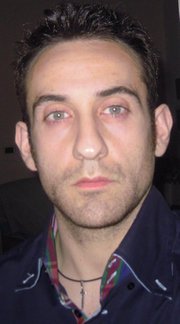 “Almost two decades of research on the use of the mathematical formalism of quantum theory as a modeling tool for entities and their dynamics in domains different from the micro-world has now firmly shown the systematic appearance of quantum structures in aspects of human behavior and thought, such as in cognitive processes of decision-making, and in the way concepts are combined into sentences. In this paper, we extend this insight to animal behavior showing that a quantum probabilistic structure models the mating competition of three side-blotched lizard morphs. We analyze a set of experimental data collected from 1990 to 2011 on these morphs, whose territorial behavior follows a cyclic rock-paper-scissors (RPS) dynamics. Consequently we prove that a single classical Kolmogorovian space does not exist for the lizard’s dynamics, and elaborate an explicit quantum description in Hilbert space faithfully modeling the gathered data. This result is relevant for population dynamics as a whole, since many systems, e.g. the so called plankton paradox situation, are believed to contain elements of cyclic competition.”

(Thanks to investigator Jonathan Dowling for bringing this to our attention.)