Today, October 11, is World Standards Day 2012 in the United States of America. The American National Standards Institute (ANSI) is celebrating today with a reception, exhibition, dinner and ceremony at the Fairmont Hotel in Washington, DC, beginning at 5:30 pm.

The poster shown here is the winning entry in a “competition for World Standards Day 2012 (14 October), which attracted almost 300 entries and over 4 000 votes”: 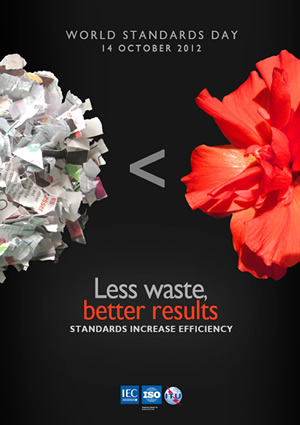