Daniel Simons and Christopher Chabris, themselves Ig Nobel prize winners, write about recent research explaining why the Internet entrepreneurs of Nigeria, who collectively were awarded an Ig Nobel Prize, do what they do the way they do. The Simons/Chabris essay appears in the Wall Street Journal. It says, in part:

Why We Should Scam the Scammers 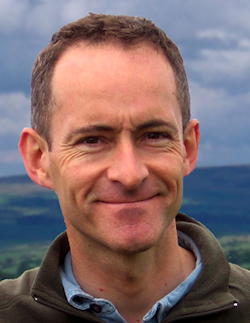 So why do the scammers persist in blanketing the world with outlandish propositions, announcing that they are from the very country whose name has become synonymous with online fraud? Cormac Herley [pictured here], a computer scientist at Microsoft Research who specializes in security issues, provides a convincing answer in a paper presented at a conference in Berlin and recently published on his website. In it, he analyzes the con mathematically, using an approach called signal detection theory. His crucial insight is to look at the situation not from the victim’s point of view but from that of the scammers. Their challenge is to hook only people who will get sucked in deeply enough to send a significant amount of money—the “true positives.” They must minimize the effort they devote to “false positives” (targets who might seem like dupes but are suspicious and/or never pay up)….

Simons and Chabris were awarded the 2004 Ig Nobel Prize in psychology for demonstrating that when people pay close attention to something, it’s all too easy to overlook anything else — even a woman in a gorilla suit.

The Internet entrepreneurs of Nigeria were awarded the 2005 Ig Nobel Prize in literature, for creating and then using e-mail to distribute a bold series of short stories, thus introducing millions of readers to a cast of rich characters — General Sani Abacha, Mrs. Mariam Sanni Abacha, Barrister Jon A Mbeki Esq., and others — each of whom requires just a small amount of expense money so as to obtain access to the great wealth to which they are entitled and which they would like to share with the kind person who assists them.