This may be the only published medical account of how to remove a cows-foot bone that’s stuck in a patient’s esophagus:

“A 46-year-old, otherwise healthy Dominican woman presented with a foreign body sensation. She had been eating cow foot soup, which contains small pieces of cow foot occasionally made with intact bones, when she felt a large bone become stuck in the back of her throat. She attempted to remove the bone with her fingers but eventually swallowed it. The patient immediately felt a sharp, sticking sensation in her neck and presented to the emergency department for evaluation…. Dedicated neck films demonstrated a large radiopaque foreign body lodged in the cervical esophagus. To our knowledge, this case is the first report in the literature describing esophageal impaction of a cow foot bone with a description of the retrieval process.” 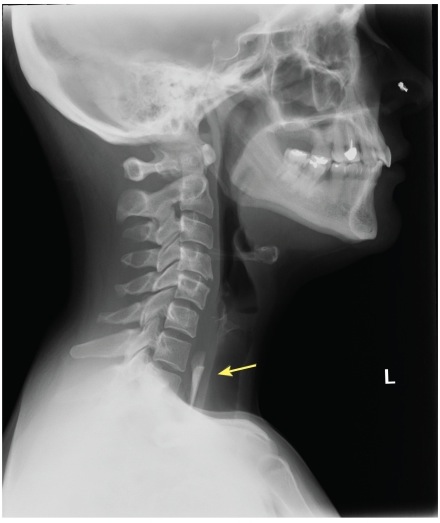 BONUS: Her (a different her) Hairball Came from Eating Cows-Feet Soup