For our readers who are wondering (or have at some stage wondered), when the first robotic sculptor mechanism was invented, Improbable cannot give a definitive answer, but can nevertheless point in the direction of this 1957 film about the UK based inventor George Macdonald Reid – who worked intensively (and single handedly) for an entire year at a lonely British farm in order to perfect his 3-D replicator device. 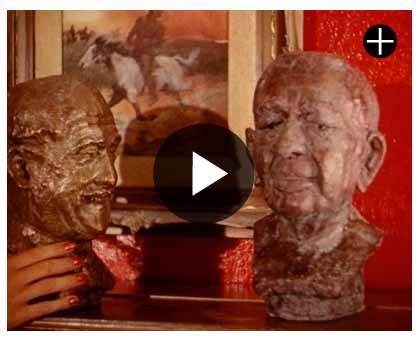 Click the image to play the film, which is presented courtesy of the Pathé film archive, and shows the lovely Danish actress Lillemore Knudsen undergoing the robotic replication process whilst being stabilised with a rubber sink-plunger. Here’s another still from the video: 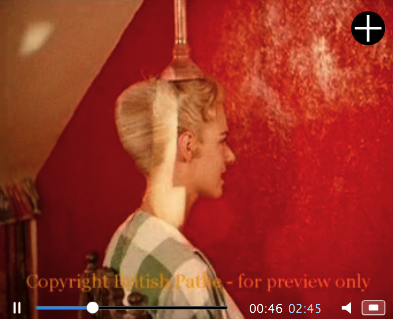 Note: Mr. Macdonald Reid subsequently received a UK patent for his related invention : ‘Improvements in or relating to methods of producing three-dimensional articles that are similar to three-dimensional originals’