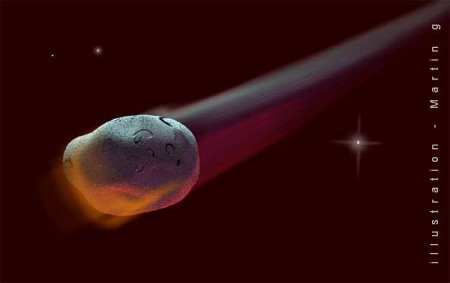 A recent Improbable article drew attention to a paper from a team of cosmologists at the University of Leicester, UK, who calculated that, contrary to the plot-line, Bruce Willis probably had very little chance of saving the world by nuking a giant asteroid in the film Armageddon.
But the team have also pried even deeper into the film’s hypotheses – by asking if Bruce could even have known that the asteroid was approaching Earth in the first place.
At the time (the 1990’s) the best equipment for asteroid detection would have been the Hubble Space Telescope (HST). And sadly, even though the HST would probably (just about) have been able to spot the asteroid – by the time it had done so there would not have been enough time to organise any evasive measures – and as we now know from the previous paper, even if there had been time, they wouldn’t have worked anyway. So, in terms of scientific realism, the final score is :
Leicester 2 : Hollywood 0

Note: The journal forms a module in the final year of the four-year MPhys degree and is designed to give students an insight into the formal process of submission, peer review and publishing.