Scientists, most of them, do find enjoyments, even in the most serious moments. Witness evidence in the case of Michiel de Bondt, pictured here on the 7th of July 2009. Dr. de Bondt describes the occasion:

The front cover of the thesis [the topic of which is “Homogeneous Keller Maps”] contains the bottle and the back cover follows below: 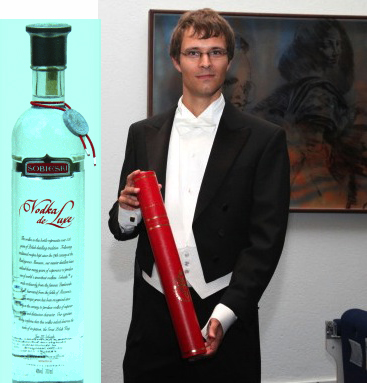 Dr. de Bondt is famed for, among other things, writing the following two papers: