The US Forest Service has decided to not use its standard disposal-by-detonation procedure in the celebrated case of the forlornly frozen cows, which we described recently. MSNBC/US News reports [HT Adam Orbit, again]:

What to do with the carcasses of six cows inside a U.S. Forest Service cabin at 11,000 feet elevation? For the last month, officials mulled burning or blowing them, and the cabin, up; or hauling them out via cart or helicopter. But on Thursday, a crew set out with a solution: saw off the pieces and then dispose of them in nearby woods in Colorado’s White River National Forest, outside of Aspen.

The area along aptly named Conundrum Creek happens to also be within a federal wilderness area, which means no motorized vehicles to shuttle the team. Instead, the crew left Thursday morning for the 8.5-mile hike up to the cabin, White River National Forest spokesman Bill Kight told msnbc.com.

That disposal method — the one that will not used in this case — is specified in the document ”Obliterating Animal Carcasses with Explosives”: 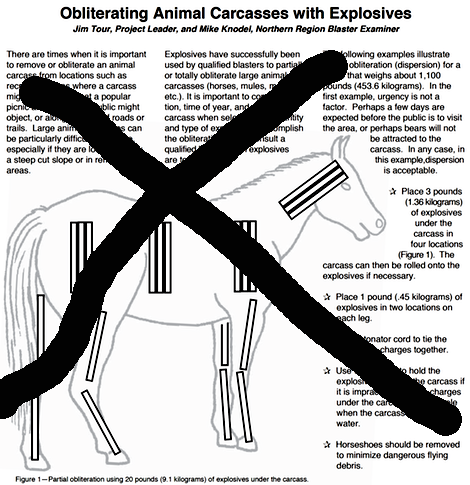 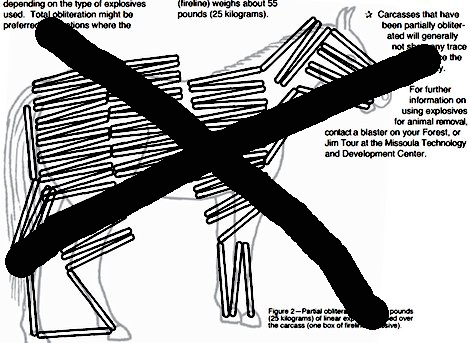