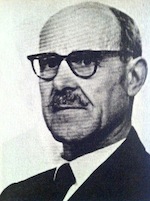 At WWII end, an able young Englishman became aware of and interested in the problem of squaring the square. This man is Theophilus Harding Willcocks (THW), also known as Phil Willcocks….

So many authors have cited this square that its figure is well known even to casual readers (with a broad spectrum of interests in mathematics, but unlikely to read the technical papers on the subject). “this little gem of Willcocks”, as it has been called is 24: 175a (THW). For more than three decades, it was the benchmark by which all other squares were measured (as it had the lowest order and smallest side of any known perfect square) and it remains today, the lowest possible order compound perfect square, a fact established by Duijvestijn, P. J. Federico and P. Leeuw in 1982. Even today with conclusive permanent records of the ultra-low-order squares established, only three people have produced a square which betters this square in size and order. 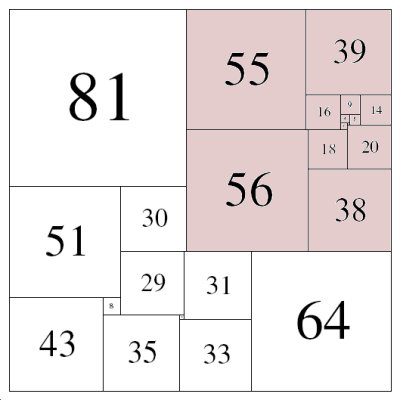 BONUS: Square a square as a piece of furniture