How does one vary the masculinity of a TV game show host? One finds a copy of the following study, one does, and reads details there about how it can be done: 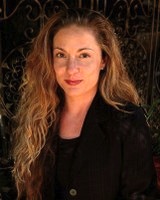 “The test was performed using a quiz show paradigm, in which a male host asked female participants general knowledge questions. The masculinity of the host was varied between participants. Women’s performance on the quiz, as well as their romantic attraction to the host, was examined in relation to women’s estimated cycle phase and host masculinity. Fertile compared to nonfertile women were more romantically attracted to the host and were faster to answer his questions, but only when he was portrayed as masculine.”