The time has come, the walrus said, for a reassessment of the role of penguin emissions: 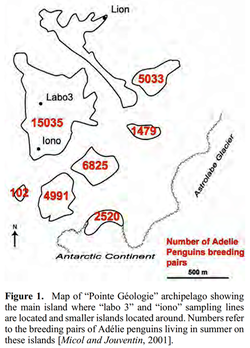 “Acetic acid levels in December 2010 were four times higher than those observed over summers back to 1997. These unusually high levels were accompanied by unusually high levels of ammonia, and by an enrichment of oxalate in aerosols. These observations suggest that the guano decomposition in the large penguin colonies present at the site was particularly strong under weather conditions encountered in spring 2010….

(Thanks to investigator Tom Gill for bringing this to our attention.)