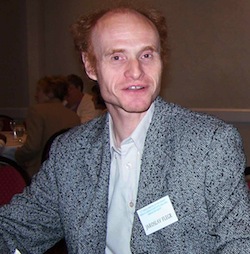 Jaroslav Flegr [pictured here] devises complex tests to discern effects that may be suble. Here he is, at it in 2006:

“Dominance, submissivity (and homosexuality) in general population. Testing of evolutionary hypothesis of sadomasochism by internet-trap-method,” Eva Jozifkova and Jaroslav Flegr, Neuroendocrinology Letters, vol. 27, no. 6, 2006, pp 711-8. The authors, at Charles University in Prague, explain:

DESIGN: The subjects who clicked the banner displayed in the web interface of e-mail boxes were allowed to choose icons with homosexual or heterosexual partner of different hierarchical position.

Detail from that study: 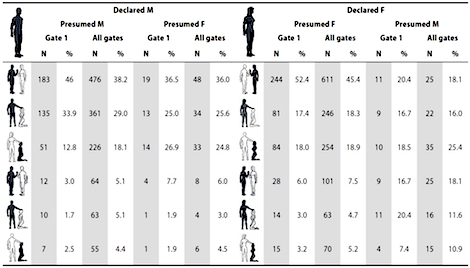 BONUS: Kathleen McAuliffe, in The Atlantic magazine, writes about some of Flagr’s other research, about toxoplasmosis and what’s known in the trade as “crazy cat ladies”. Her report begins:

Jaroslav Flegr is no kook. And yet, for years, he suspected his mind had been taken over by parasites that had invaded his brain….