Below it is a technical drawing from one of the several rotary milking parlor patent applications on file with the US Patent Office. (This particular one is application #US 2011/0214612 A1, filed on October 28, 2009.) 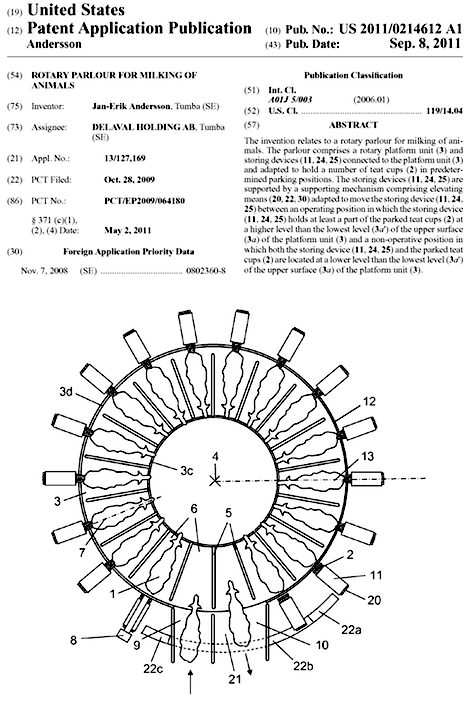 BONUS: The 1999 Ig Nobel Prize in managed health care was awarded to the late George and Charlotte Blonsky of New York City and San Jose, California, for inventing a device (US Patent #3,216,423) to aid women in giving birth — the woman is strapped onto a circular table, and the table is then rotated at high speed. 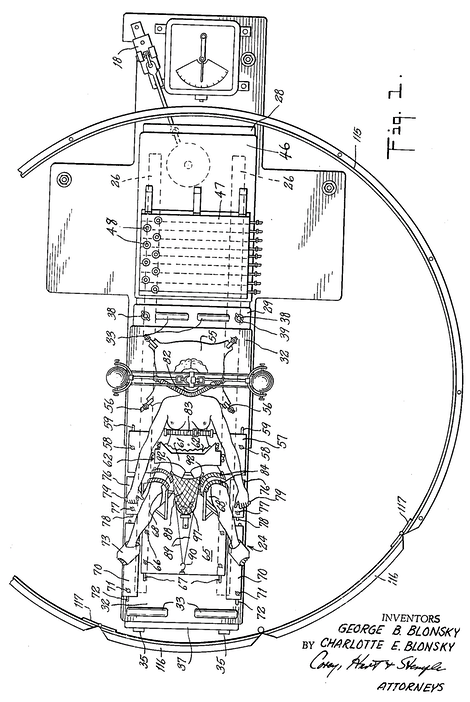