A democracy without a substantial number of uninformed individuals, may not know what it’s doing, metaphorically speaking. So implies this new study: 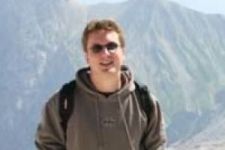 “Conflicting interests among group members are common when making collective decisions, yet failure to achieve consensus can be costly. Under these circumstances individuals may be susceptible to manipulation by a strongly opinionated, or extremist, minority. It has previously been argued, for humans and animals, that social groups containing individuals who are uninformed, or exhibit weak preferences, are particularly vulnerable to such manipulative agents. Here, we use theory and experiment to demonstrate that, for a wide range of conditions, a strongly opinionated minority can dictate group choice, but the presence of uninformed individuals spontaneously inhibits this process, returning control to the numerical majority. Our results emphasize the role of uninformed individuals in achieving democratic consensus amid internal group conflict and informational constraints.”

BONUS: Uninformed may not be the same thing as misinformed.