Say you want to change the color of your eyes. You might imagine two basic ways of doing it, ways we might call either “scrape” or “paint”. In the first method, you’d remove some of the current color. In the second method you’d apply a new layer of paint, or something akin to it. Here are two patent documents, each from a different inventor, sketching how they’d apply their methods. 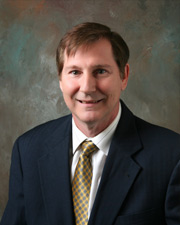 2. US patent application # 12/488,532,”Eye Coloring Systems,” invented by Michael Campion [pictured here] in Arizona, filed Jun 20, 2009. Mr. Campion describes: “A novel system for coloring the sclera of a human eye, including steps of accessing the sclera, drying a portion of the sclera, applying one or more colorants to the dried portion of the sclera, drying the colorant, and closing access to the sclera. The system avoids tattooing, implanting, and corneal modification. Permanent results may be obtained. Colorants may be coatings or stains.” Here’s a technical drawing from Mr. Campion:

(Thanks to investigator Genaro Elia for bringing this to our attention.)

BONUS: An impressively (in some sense) researched (in some sense) video report about Dr. Gregg’s plans. The report is done by what may be a human being (who/that identified him/itself as “Paul F. Villareal”, and who/that reports elsewhere about a radio program, possibly starring him/itself called “The John D. Villarreal Radio Show” ) who apparently works for an outfit called “Conservative New Media”: