The power of psychology can come from appreciating that psychologists truly understand only a tiny part of what makes people tick*. That’s the message of a nice essay by psychologist Vaughn Bell.

His essay is part of a special BPS Research Digest special series called “Psychology to the Rescue“,  in which the editor “asked a handful of leading psychologists to write 200 words on a time in their lives that their psychology knowledge or skills came to their rescue.” Here’s Bell’s essay: 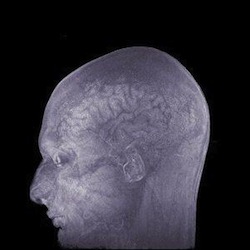 A doctor receives a letter. A patient explains how a move to a new town last year plunged him into emotional chaos. But a brain scan shows a year-old tumour, damaging the brain’s circuits most heavily involved in emotion.

The new boss makes us nervous, we say, after a particularly edgy presentation at work, not realising that we accidentally ordered strongly caffeinated coffee beforehand, rather than our usual decaf.

We weave stories around our lives because we think in reasons but often we have little access to the actual causes of our emotions and behaviour. Of all the discoveries in psychology this has been the most consistent, from Freud to fMRI, but it is also one of the most misunderstood. The drive to “understand ourselves”, the mantra of 21st century pop psychology, often produces more complex, more acceptable, “reasons”, but little additional understanding of what causes us to react as we do. Ironically, this is where psychology has helped me out the most. There are causes we will never know about and sometimes it’s better to live with the ambiguity. I suspect we understand ourselves better by knowing the limitations of our insight.

*BONUS: And the power of science can come from appreciating that scientists truly understand only a tiny part of what makes the universe (us included) tick.