Hammer thrower Martin Bissinger writes about the study that earned the 2011 Ig Nobel Prize in physics: 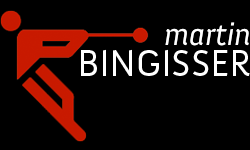 As a hammer thrower, you get used to answering the same questions over and over from coworkers and onlookers. Away from training most people always ask “Do you throw, like, a real hammer?” But pedestrians that stroll by my training normally and see me throw always lead with another question: “Don’t you get dizzy?” The answer is no. I don’t get dizzy. Ever. I can complete dozens of turns in a row without getting dizzy. The only time I remember getting dizzy is when I was just starting out in the event ten years ago.

The follow-up is often along the lines of “Well then, you must use ‘spotting’ like dancers.” Again, the answer is no. Spotting is actually considered a bad habit in throwing. But when they ask why we don’t get dizzy, I don’t really have an answer.

Just a few weeks ago I was complaining about the lack of research going on in the event and someone must have heard me because the question the puzzled me also stumped a team of European researchers, especially when they noticed that discus throwers can get dizzy… [read the entire essay]

In the essay, he discusses this video: