Between the yin of devoted love and the yang of bestiality lies the curious jumble of human behaviour reported in a monograph called A Case Study of Preferential Bestiality, published two years ago in the Archives of Sexual Behavior. 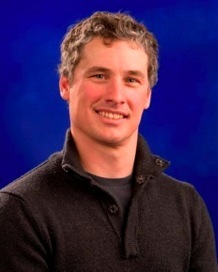 Psychologists ML Lalumiere [pictured here], of the University of Lethbridge, Canada, and CM Earls, Montreal University, take us on a journey of what they hope will be understanding. They describe a “case of zoophilia that challenges the assumptions that men who have sex with animals are generally of below average intelligence and come from rural areas”.

Five years earlier, Lalumiere and Earles had published a paper about “an incarcerated inmate who presented not only a strong sexual interest in horses, but also a preference for sexual interactions with mares over humans.” At the time, they argued that such cases “are rare and often involve individuals suffering from mental retardation”.

Then they stumbled across the new case. It shook their naïve and, they now feel, haughty view….

“In an effort to obtain a more precise definition of erectile sufficiency for vaginal penetration 19 normal men were exposed to an erotic videotape and recordings of penile tumescence were obtained. The subjects were instructed to signal with a push button switch when they had attained an erection they judged sufficient for penetration. They were asked to signal a second time when a full erection had been reached. The results showed that in all but 1 case maximal tumescence was recorded polygraphically before the subjects signaled sufficiency. In addition, there was a considerable interval between the perception of sufficiency and the perception of a full erection during which, nevertheless, no further changes could be detected by strain gauge measurement. These data suggest that standard assessment techniques are not sensitive to penile changes in the upper ranges of tumescence. Of interest… was the observation that a significant percentage (37 per cent) of normal subjects were unable to achieve a full erection during visual sexual stimulation under laboratory conditions.”

BONUS: We could summarize this story with the thought: Everyone loves horses, one way or another.