A new study tries to sharpen our understanding of the highly verbal parasites known as trolls. Trolls – call them internet trolls, if you like – are in some ways quite similar to Plasmodium falciparum, a protozoan parasite that causes malaria in large numbers of human beings. Both kinds of parasite are maddeningly difficult to suppress. They manage, again and again, to return after we thought we’d seen the last of them. Each can, if left untreated, cause agony or worse. 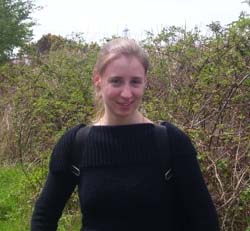 These trolls infect any place where people gather electronically to converse by writing comments to each other. Trolls creep into and crop up anywhere they can, wheedling for attention in chat rooms, Twitter streams, blogs, and, as you may have noticed, in the comments section of online news articles.

One of the many annoying things about internet trolls is that it’s difficult to define, with academic rigour, what they do. Claire Hardaker [pictured here], a lecturer at University of Central Lancashire‘s department of linguistics and English language, took up the challenge. Her study, Trolling in Asynchronous Computer-Mediated Communication, is published somewhat counter-intuitively in the Journal of Politeness Research….

So begins this week’s Improbable Research column in The Guardian. Do treat yourself to a look at some of the comments on the Guardian site—the piece has attracted a number of trolls, and an even larger number of fascinated students of the phenomenon of trolling.

BONUS FOR TROLLS: A pair of theoretically cute videos—”Trick Troll” and its cousin “Rick Roll”: