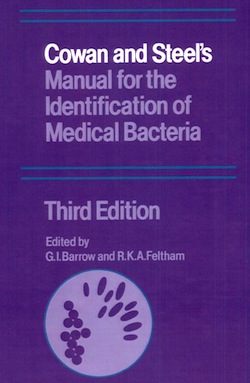 A scientist named Steel helped later scientists understand a previously-unknown species of bacteria found living in the steel and former steel of the wreck of the cruise ship HMS Titanic. The relevant publications (one of which cites the other), are:

“A Gram-negative, heterotrophic, aerobic, non-endospore-forming and motile by peritrichous flagella bacterial strain, designated strain BH1T, was isolated from a rusticle sample, a consortium of microorganisms, collected from the RMS Titanic wreck site….”

BONUS: A review of Steel’s manual.