When the world ends this year, psychologists and novelists can take advantage, much as they did when the world ended in the 1950s. Advance notice of the timing comes from a corporate source: Harold Egbert Camping, president of a chain of radio stations based in California, called Family Network, Inc, which says it “regards the Lord Jesus Christ as its chief executive officer”.

This will be another test of American psychologist Leon Festinger‘s theory of cognitive dissonance, which Festinger presented in his 1956 book When Prophecy Fails: A Social and Psychological Study of a Modern Group That Predicted the Destruction of the World. 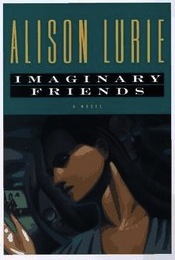 Festinger had read about a tiny group of people in a Midwestern city who believed that flying saucers were coming on a particular date to whisk them away. That inspired Festinger to go and insinuate himself, under the pretence of being a fellow believer, into the group to see what they would say after the flying saucers failed to appear. Festinger soon realised that almost no one in the group really cared whether flying saucers would come….

BONUS (written  on May 21, 2011 at 6:04 pm, shortly after the predicted moment of the rapture): Numerous press reports say the apocalypse did not happen. However, there is an alternate interpretation, that is indisputable until October 21 (that’s the day the world will end, according to Mr. Camping’s prediction): The rapture DID happen. NOBODY was worthy; thus no one was saved. On October 21 EVERYONE will get wiped out.