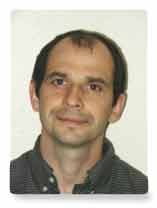 “For millennia flowers have been used to convey romance, yet their effect on human romantic behavior has not been explicitly tested.”

This lacuna in the literature has recently been filled, or, at the very least substantially occluded, by Professor Nicolas Guéguen of the Université de Bretagne-Sud, France (see: Improbable Research, passim [1] [2] [3] &etc) The professor describes his investigations in the latest issue of the journal Social Influence.

Sadly, the abstract of the research paper doesn’t specify which types of flowers were used in the experiments. Would different results have been obtained with, say, Gladioli, Orchids, Snapdragons, Hydrangeas etc etc? More research may be necessary, and of course Improbable will bring readers details if/when they become available. In the meantime, the current paper can be found here : “Say it with flowers”: The effect of flowers on mating attractiveness and behavior.