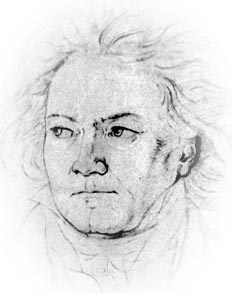 Research underway at the Instituto de Biofísica Carlos Chagas Filho, of the Federal University of Rio de Janeiro, Brazil, is investigating whether music might be able to fight cancer. Dr. Márcia Alves Marques Capella and colleagues performed a series of tests in 2010, exposing dish-cultures of both healthy and cancerous cells to audio playbacks of various music genres. In repeated tests, Dr. Capella found that recordings of   Beethoven’s Symphony No. 5 in C minor destroyed around 20% of cancerous cells within a few days – yet the healthy cells were unharmed. A similar result was obtained with ‘Atmosphères’ composed by György Ligeti in 1961. But, curiously perhaps, no measurable changes in cell growth were found for Mozart’s Sonata for Two Pianos in D major. Possible mechanisms which might have produced the results are as yet entirely unknown – though it’s speculated that they could be related to the rhythm, frequency or intensity of the music. The team plans further tests beginning in April 2011 – using samples of Brazilian Samba and Funk.

(Note: The Brazilian ‘Funk’ genre is entirely different to US  ‘Funk’ )