Super-prolific professors sometimes, like superheroes in comic books and movies, sometimes team up. 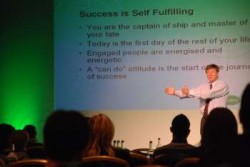 Here are the new hit papers:

“Attitudes toward egg and sperm donation,” David Lester, Adrian Furnham, Salem N., Psychological Reports, 2010 Apr;106(2):579-80. The team reports:
“In a sample of 124 American undergraduate students, approval of egg donation was predicted by age, sex, and Neuroticism scores, while approval of sperm donation was predicted only by age of this sample.”

BONUS: Yes, Professors Lester and Voracek have teamed up with each other, too.

DOUBLE BONUS: A special issue of the Annals of Improbable Research celebrated their rivalry in the days before they joined forces.