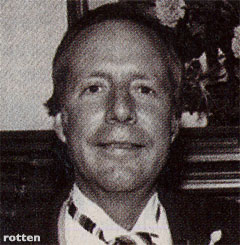 John E duPont, the multimillionaire (heir to the DuPont chemical fortune), the trained ornithologist who discovered and officially named more than a dozen new (sub)species of birds, collector of stamps, birds and shells, founder of the Delaware Museum of Natural History, the paranoid schizophrenic who was jailed after murdering an Olympic wrestler in 1996, died December 9th, 2010 in Laurel Highlands State Prison near Somerset, Pa. He reached the age of 72, The New York Times reported.

John E duPont was one of the last great private collectors in natural history. He amassed 66,000 bird skins and two million seashells, and founded a museum to house them.