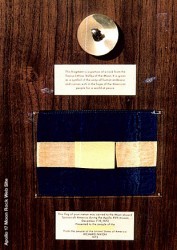 Check your pockets carefully—it’s possible that nearly half of our moon rocks are missing.

According to Joe Gutheinz Jr., as quoted by the Las Vegas Sun, over 100 out of 270 fragments have gone missing. A retired dentist in Morgantown, West Virginia, has learned that his late brother’s effects include a moon rock. The Sun states, “The rock was part of 135 fragments collected during the Apollo 17 mission and given to the 50 states and several countries, said Joe Gutheinz Jr., a former NASA investigator. The Texas lawyer has challenged his graduate students since 2002 to locate missing moon rocks that were collected during Apollo 11 and 17 missions and presented as goodwill gifts.”

This is not the first such incident. As MSNBC and other news sources reported on June 1, another moon rock has turned up in the home of former Colorado governor John Vanderhoof. MSNBC says “A missing moon rock awarded to Colorado in 1974 has turned up in an ex-governor’s house. The lunar souvenir was given to former Gov. John Vanderhoof by the Nixon administration, which awarded bits of moon rubble to all 50 states and more than 130 foreign countries.”

The estimated value of Vanderhoof’s moon rock is $5 million. For the record, it is illegal for a private citizen to own a moon rock unless it is directly purchased from someone who received it as a gift from NASA or the State Department. 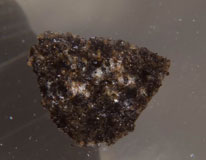 To add insult to injury, apparently not all purported moon rocks are what they claim to be. As the Independent reports, the fragment presented to the Netherlands has proved not to be a moon rock at all. “The Rijksmuseum, more noted as a repository for 17th century Dutch paintings, announced last month it had had its plum-sized ‘moon’ rock tested, only to discover it was a piece of petrified wood, possibly from Arizona. The museum said it inherited the rock from the estate of a former prime minister.”

The Independent goes on to report:

“Gutheinz, the former US investigator, says ignorance about the rocks is an invitation to thieves, and he should know.

“In 1998, he was working for the NASA Office of the Inspector General in a sting operation to uncover fake rocks when he was offered the real Apollo 17 rock — the one given to Honduras — for $5 million.

“The rock was recovered and eventually returned to Honduras, but not before a fight in Florida District Court that went down in legal annals as ‘United States vs. One Lucite Ball Containing Lunar Material (One Moon Rock) and One Ten Inch By Fourteen Inch Wooden Plaque.’”

More on that saga can be found here.

All parties interviewed seem to agree on two points: no one in the Nixon administration thought that the moon rocks required a complete chain of custody procedure, because no one thought that Apollo 17 would be the last lunar mission; and no one in the general public can tell a moon rock from any other plain grey rock. Caveat emptor.