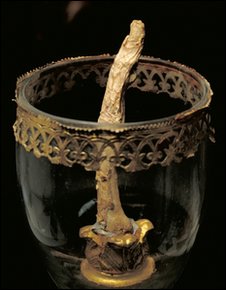 “The mystery no longer lingers:
Found, at last, two missing fingers.
They both belonged, as did one tooth,
To Galileo. That’s the truth.”

So writes Digital Cuttlefish, in response to a BBC report that begins: “Two fingers and a tooth belonging to famed astronomer Galileo Galilei have been found more than 100 years after going missing, a museum in Italy says.” The image here, reportedly of another of Mr. G’s fingers, is from the BBC site.