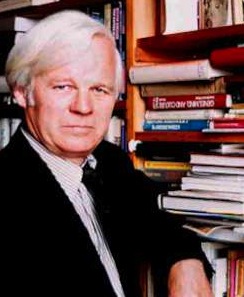 Professor Richard Lynn’s new monograph explains that many southern Italians are stupid, and suggests a reason for it. This is the product of a peculiarly intelligent man. He writes that “The lower IQ in southern Italy may be attributable to genetic admixture with populations from the Near East and North Africa.”

The new study, called “In Italy, north–south differences in IQ predict differences in income, education, infant mortality, stature, and literacy“, is published in the journal Intelligence (vol. 38, no. 1, January-February 2010, pp. 93-100).

Richard Lynn is a professor emeritus at the University of Ulster. He has been meticulously identifying groups of people as mental laggards. Given time, luck and persistence, Professor Lynn might some day be able to calculate, to his satisfaction, the identity of everyone who is stupid. He would then be able to specify who, by default, is the single most intelligent person on the planet.

BONUS: A list of some of Professor Lynn’s intelligence/stupidity papers, including his “Skin color and intelligence in African Americans,” Population and Environment, vol. 23, 2002, pp. 365-375. Professor Lynn writes that it: “Presents new evidence showing conclusively for the first time that lighter skinned blacks have higher IQs than darker skinned blacks. This supports the theory that the proportion of white ancestry in African Americans is significantly determined by the proportion of Caucasian genes.”