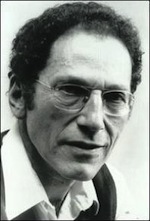 A new study reaffirms the Tom Lehrer song that mathematics, as presented by professionals, is “so very simple that only a child can do it.” The study is “What Do Transitive Inference and Class Inclusion Have in Common? Categorical (Co)Products and Cognitive Development,” published in the December 2009 issue of PLoS Computational Biology. The authors explain:

Transitive inference, class inclusion and a variety of other inferential abilities have strikingly similar developmental profiles—all are acquired around the age of five…. [Our research] results point to a fundamental cognitive principle under development during childhood that is the capacity to compute (co)products in the categorical sense.

Ingest that, if you will, and then listen to Tom Lehrer’s song “New Math”, which was written in the early 1960s.

BONUS: Watch Tom perform a slightly later variation of the song, written to explain to the British public how simple it would be for them to convert to decimal currency.