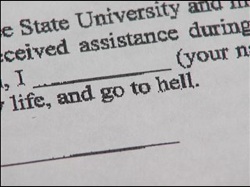 A professor who contractually condemned his students to hell was inspired by an Ig Nobel Prize winner. WKRN reports:

Frustrated over cheating allegations, one professor at Middle Tennessee State University took the idea of a traditional honor code in a controversial direction. Suspecting that one of his MBA candidates had just cheated on an exam, Professor Thomas Tang had each of them sign a pledge that said if they had cheated, they’d be condemned to an eternity in Hell. The pledge went on to say if the student cheated they will “be sorry for the rest of [their] life and go to Hell.”… 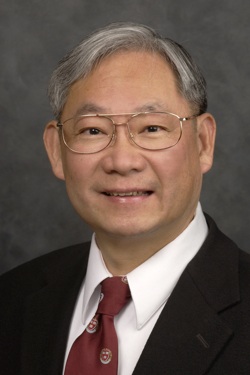 Tang said he based his pledge on an academic study showing students who read the Ten Commandments before an exam were less likely to cheat.

News Channel 5 put Professor Tang’s contract on line, where you may draw inspiration reading it.