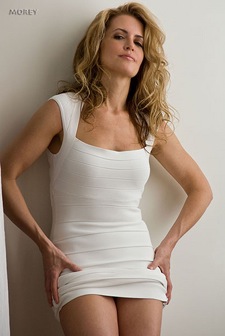 I’ve never seen Mr. Angel before, so I don’t know what he’s like on TV. But he doesn’t really do much of anything in the show. I mean, he pulls some doves out of his sleeve, and otherwise he mainly runs around the stage and strikes poses while dressed like a Hot Topic store blew up on him. The whole thing was sort of like a bad homage to Nine Inch Nails videos, only without the music. Occasionally he’d put drapes over things and make them disappear – which is really not an awe-inspiring feat on a stage fitted out with wires and trapdoors. We could see the lines sometimes. Sloppy….

…something went wrong, and what we heard Mr. Angel yelling was: “Don’t use the automation, don’t use the automation!” It was not the voice of a man making a casual suggestion. I inferred that he meant: “Don’t move this line I’m hanging from.” I don’t know what happened to make Mr. Angel think he was in imminent danger of falling thirty feet straight down onto his head, but that is clearly what he was afraid was going to happen. At first we thought it was part of the show. But after a minute, it was clear that no, this was serious….

This is a Vegas production costing millions of dollars, and employing highly trained people who lift things up in the air professionally. And still, something went wrong – something I suspect had the potential to be very bad indeed. Thank god it didn’t, because whatever one thinks of Mr. Angel as a performer, one would not want him to fall on his head. He didn’t seem to feel that his magic powers would save him if he did fall. I don’t think yours would either. Be careful, people. Be very careful.