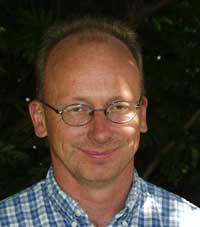 Researchers from the Swedish University of Agricultural Sciences (SLU) had hoped that sensors placed on a number of cows from a herd in southern Sweden would reveal interesting clues about how the animals behaves before and during the quake which shook southern Sweden the morning of the December 16th.

“Very little, almost nothing, points to the cows having any advance awareness of or feeling the effects of the earthquake,” said the SLU’s Anders Herlin to the Lantbrukets Affärstidning (ATL) newspaper.

According to Herlin, only two of the eight cows bearing the monitoring equipment stood up during or a minute before the tremors began, despite being only five kilometres from the epicenter.

Two other cows were already standing, while another two were lying down before, during, and after the quake.

One cow actually sat down at the exact second that the earth began shaking, and the eighth cow’s equipment malfunctioned, leaving researchers in the dark about its reaction to the quake.