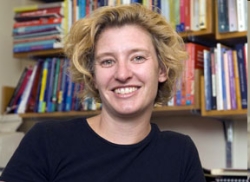 Begun in 2007, the WSU research on failed humor supports earlier findings suggesting a lot of face-saving goes on among all parties whenever a joke is told. But the new research also demonstrates that the failure to deliver on the promise of humor can lead to surprisingly harsh responses from listeners – particularly when those listeners are family members or close friends.

According to WSU Applied Linguist and Assistant Professor Nancy Bell, people subjected to misfired efforts at humor respond most often with remarks aimed at denigrating either the hapless joke teller or the joke that went bad.

In fact, Bell said the verbal responses of nearly half of those subjected to an intentionally bad joke in the WSU study ranged somewhere between rude and downright offensive.