For science fiction writers who want to get things right — to know and observe the actual constraints imposed by the universe, rather than just make things up — there’s possibly big possible news. The physics ArXiv blog reports:

We have little to guide us on the question of the existence intelligent life elsewhere in the universe. But the physicist Enrico Fermi came up with the most obvious question: if the universe is teeming with advanced civilizations, where are they?

The so-called Fermi Paradox has haunted SETI researchers ever since. Not least because the famous Drake equation, which attempts put a figure on the number intelligent civilisations out there now, implies that if the number of intelligent civilisations capable of communication in our galaxy is greater than 1, then we should eventually hear from them.

That overlooks one small factor, says Reginald Smith from the Bouchet-Franklin Institute in Rochester, New York state. He says that there is a limit to how far a signal from ET can travel before it becomes too faint to hear. And when you factor that in, everything changes.

Reginald Smith’s paper — “Broadcasting But Not Receiving: Density Dependence Considerations for SETI Signals” —  is available on arXiv (arxiv.org/abs/0901.3863). Smith’s institution, the Bouchet-Franklin Institute, like his theory, is of his own devising. 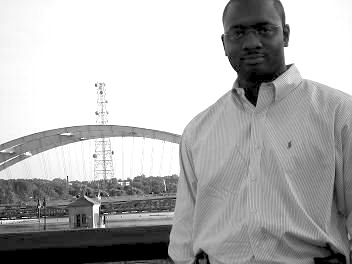