Thursday night, October 2, offers two events — one right after the other — that might be surprisingly similar:

The Ig Nobel Prize Ceremony will be WEBCAST LIVE here at www.improbablecom.wpcomstaging.com. The ceremony happens at Sanders Theatre, Harvard University. Tune in early, about 7:15 pm, to see the special pre-concert by Paul and Storm. (Want to attend in person? The event is nearly sold out, but it’s possible that a tiny number of tickets will become available at the theater, in the hours immediately preceding the ceremony.)

The second event, organized by a different group and held at Washington University, will also be webcast. 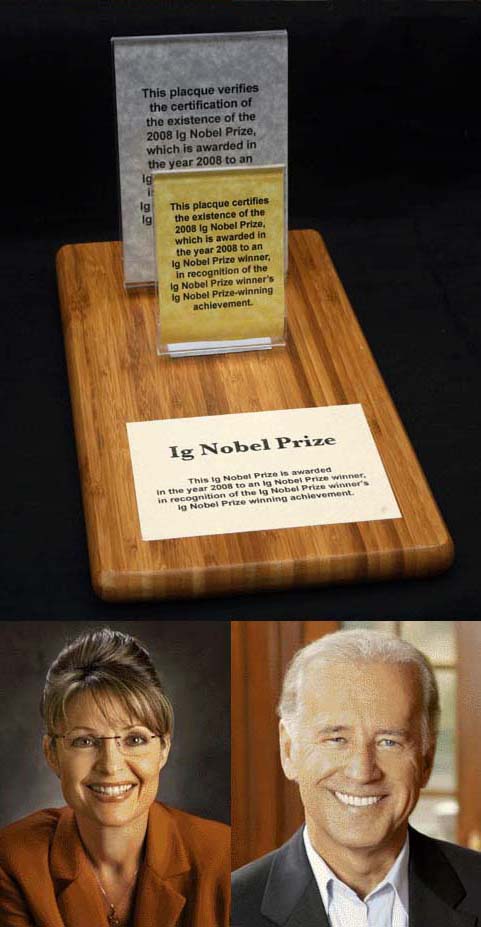