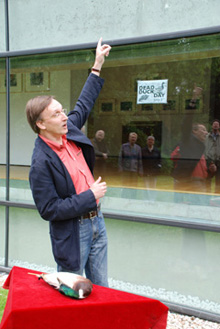 Luckily, it stopped raining right on time, on June 5th 2008 at 6.55 pm, but the first public Dead Duck Day memorial service did not attract the number of people expected. Still, fifteen duck-enthousiast gathered on the lawn next to the new wing of the Natural History Museum in Rotterdam.

I took the stuffed mallard out, welcomed everybody and explained the purpose of the meeting. Some people knew what had happend to the mallard, others did not. So I told the story again. And I will do it again on the 14th Dead Duck Day, June 5th 2009. Hope to see you next year. Here are some pictures, kindly taken by Jaap van Leeuwen. 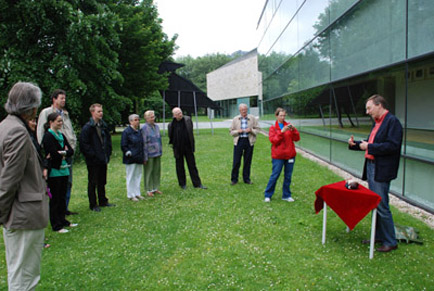 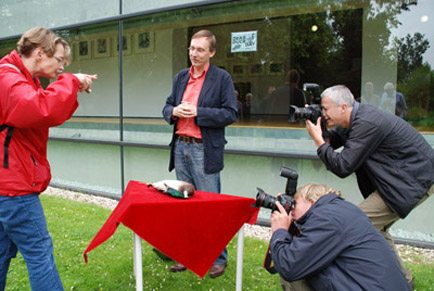