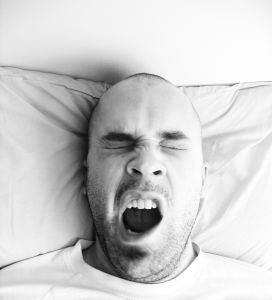 Yawning is ? or at least could be ? the basis of a new conceptual tool for anyone who conducts job interviews. For certain jobs, interviewers want to know whether an applicant does or does not have so-called “autistic” qualities. These qualities presumably let a person focus intently on a particular task. Depending on the job, such focus is either a very good or a very bad thing.

The key is presented (though without mentioning its use in job interviewing) in the September 07, 2007 issue of the British Psychological Society’s blog. There a headline says:

Children with autism are immune to contagious yawning

The study refers to this condition as an ?impairment in contagious yawning.”