It’s nearing the end of the 2007 U.S. major league baseball season. For those who love baseball, and for those who are baffled by it, here are two research reports that everyone — baseball fan or not — will find either enlightening or not. 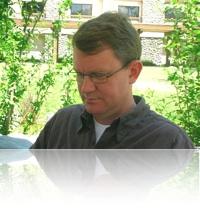 At the end of the day, then, we believe that even the most apparently superficial opinions ? including those about sports ? embody and express citizens? underlying values, and so can serve as useful barometers of social and political attitudes.

So conclude the authors of the study:

Since its introduction in 1973, major league baseball?s designated hitter (DH) rule has been the subject of continuing controversy. Here, we investigate the political and socio-demographic determinants of public opinion toward the DH rule, using data from a nationwide poll conducted during September 1997. Our findings suggest that it is in fact Democrats, not Republicans, who tend to favor the DH. In addition, we find no effect for respondents? proximity to American or National League teams, though older respondents were consistently more likely to oppose the rule.

They cite another classic study:

(Thanks to investigators Robert and Sarah Duckham for bringing this to our attention.)