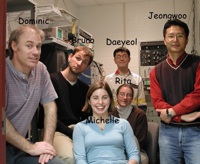 Daeyeol Lee, Benjamin P McGreevy and Dominic J Barraclough of the University of Rochester, New York, wrote the first, and so far the only, report on the subject. “Learning and Decision Making in Monkeys During a Rock-Paper-Scissors Game” was published in the journal Cognitive Brain Research. The test subjects were male rhesus monkeys. No one explained the rules: rock breaks scissors, scissors cut paper, paper covers rock….