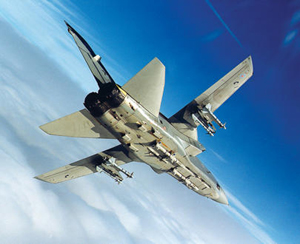 Another of BAE’s ideas is what has been described as a “bang-free bomb”.

In fact, although the explosion is quieter, the bomb has been re-engineered so the risk to the user of exposure to the bomb’s fumes is reduced.

“This is to ensure they are safe to use, that they only go off when they are supposed to go off, and that they do the minimum of collateral damage,” said Ms Allen.

So says an October 26, 2006 BBC report about arms manufacturer British Aerospace Systems (aka BAE, aka BAE Systems), which calls itself “the premier global defence and aerospace company”.

The report does not say how or whether the bang-free bomb relates to the bomb-free bang. The bang was the subject of the 2000 Ig Nobel Peace Prize, awarded to:

The British Royal Navy, for ordering its sailors to stop using live cannon shells, and to instead just shout “Bang!”

PS. Of course some don’t say “bang,” but refer to it only indirectly. Tom Lehrer, for one, is a noted master of indirect indication.