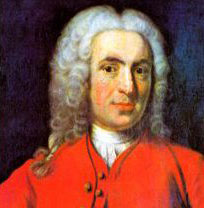 Carl Linnaeus paid attention to some surprising things. Linnaeus was the Swedish scientist who taught the world how to classify living things, and gave us the double-barrelled way of naming them in Latin. This year is the 300th anniversary of his birth. The science community celebrates most of his work, but tends to overlook some of his writings about Lapland. Of course, the world in general tends to overlook writings, or most anything else, about Lapland.

At the age of 25, Linnaeus travelled through that wild northern region for five months, noting down whatever caught his eye, ear or nose. His hodgepodge of jottings jumps from topic to unrelated topic. Some of his thoughts, appearing in print, may take modern readers unawares. Here are a few….