Biology and art join almost as one, in this example of graffiti on the shell of a living, city-dwelling snail. It appears in the blog Inner City Snail. (Thanks to investigator Norma Inman for bringing it to our attention.) 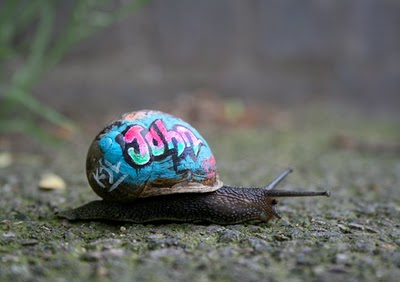